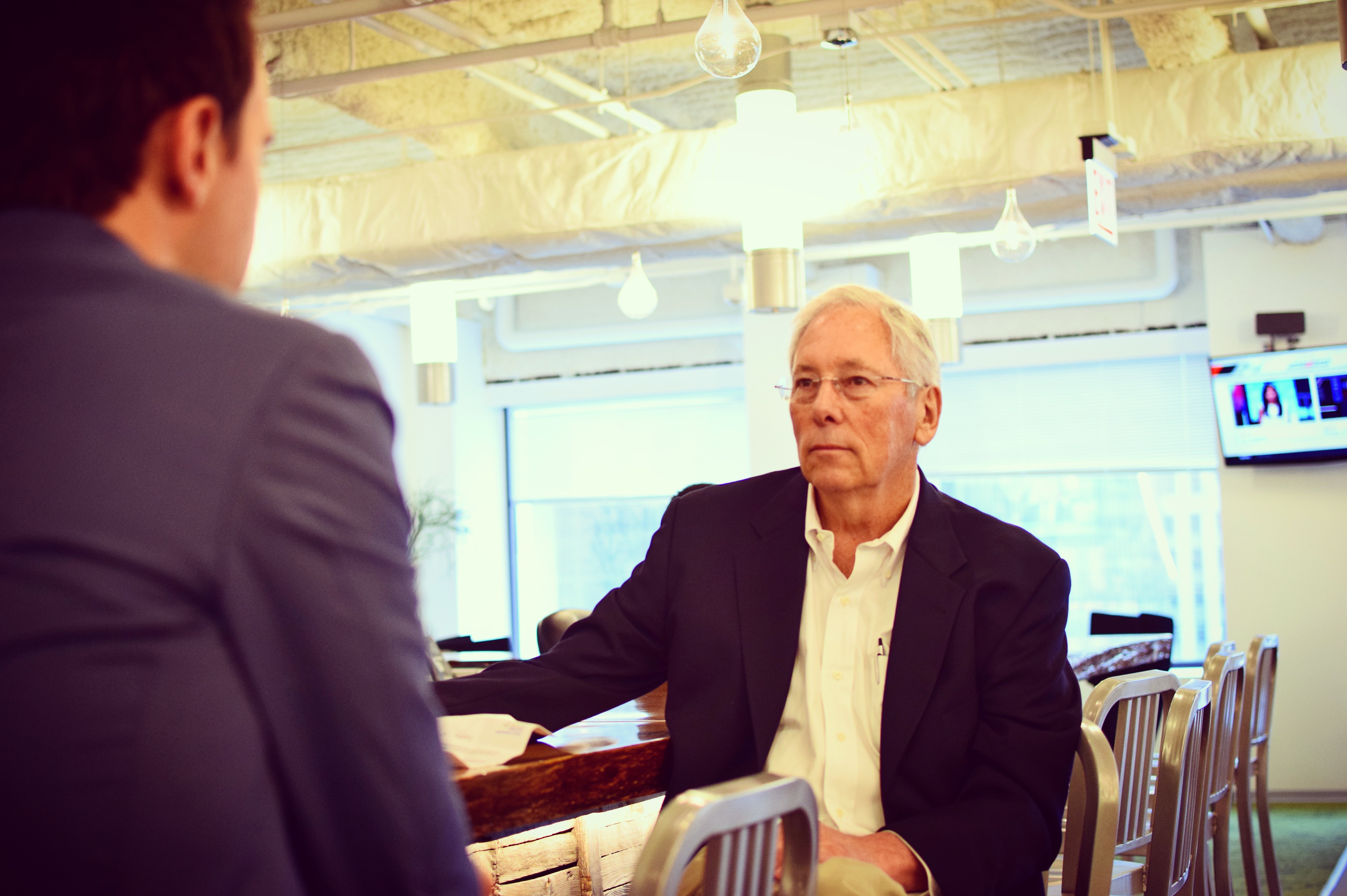 Rick: We’ve talked about some of your successes. Are there any failures in your career, either in Blackjack or trading, that you still look back on fondly in terms of learning a lesson, or helping form the rest of your career?

Blair: One of the things I failed to realize is the nature of high-frequency trading. I had a five-year non-compete when Hull Trading Company was sold to Goldman Sachs, so I was out of the business until about 2004.

Blair: But I didn’t realize that—I always thought if you automated the process, you’d get to the market much faster than 99% of the people, and, therefore, that’s all you need to do. I didn’t realize that we would have 13 exchanges and 45 dark pools. And that Reg NMS and the SEC would change the structure of the market in such a detrimental way. I still don’t think they understand at this time, the problem with high frequency trading that was created by the SEC and Reg NMS.

They created competition among the exchanges. They also created what has become an oligopoly of market makers, and we have fewer participants in the securities markets than we ever had before. There are just a few large firms that provide most of the liquidity, and the cost to connect to those 13 exchanges and 45 dark pools runs somewhere around $25 million a year. So it does exclude a number of traders that might be participating. So I missed that. I completely missed what happened during my non-compete.

Blair: Yes the futures markets are simplier. But we really only have ICE and CME, and the regulator is fearful of who they are regulating. That creates another problem.

Rick: So maybe switching gears, can you talk a little bit about your ETF or exchange-traded funds business?

Blair: Yes. We launched an exchange-traded fund about a year ago. And this is based upon market timing. There is a stigma against market timing. Some people believe that market timing isn’t possible and never will be possible, but we’ve had some changes in the past few years. One of those changes was the explosion of data that started to occur around 2000. We now have data from the federal government, the Internet, including sentiment data from Twitter and Facebook. Previously we never had access to this data. This new data, combined with predictive analytics and machine learning, now makes it possible to time the broad market. Just as we have cars driving themselves with machine learning we should have portfolios that are driven by predictive analytics. In the last 30 years, it has been considered irresponsible to participate in market timing and I believe in the next 30 years it will be considered irresponsible not to participate in market timing. So the ETF, which is called HTUS (Hull Tactical, U.S.), takes a position in either spiders (SPDRs) or cash, and essentially attempts to time the market.

Rick: By employing some of those technologies that you spoke of?

Blair: Yes, by using this data that was not available previously, and also using sophisticated analytical techniques.

Rick: And machine learning is a fairly new and nascent technology. But the thing that has always fascinated me about machine learning is the people who build these systems often don’t know why the machines make the decisions they do. They come to these emergent decisions that no human coded, told them how to, or how to come up with that answer; it just did it.

Rick: That’s really interesting. So speaking of timing the market, December 31st of this year, will S&P be up or down compared to today’s close?

Blair: Right now? I’d have to say our model does not like equities.

Rick: So you’re saying down.

Blair: I certainly wouldn’t bet on the upside, but I might bet on—I might bet on flat. The long-term model, which is a six-month forecast, puts it at a pretty flat market.

Rick: Okay. We’ll follow up with you in December and see how we are looking.

Blair: And I have to say—this is a challenging project. If it were easy, somebody would have figured it out.

Rick: Do you still trade yourself, personally?

Blair: Well, it’s hard to say, do I trade myself, personally.

Rick: And you don’t have to answer, either.

Blair: We probably have 40 servers that are providing liquidity and both making and taking in multiple markets around the world. Is that me trading?

Blair: Am I trading? Am I making subjective judgements about whether markets are going to go up or down? Absolutely not. We do things in a systematic and disciplined way.

Rick: Once they’re turned on, there’s no human judgement. Is that fair to say?

Rick: Last question, and I guess veering from trading for a second; you’ve been involved in politics in one form or another for a good part of your career. What are your thoughts on this interesting political climate in which we find ourselves?

Blair: Well, it’s more than 10 years ago that I was involved in politics, and I think by losing the Senate race, I probably dodged a bullet. The ability to get things done in Washington seems to be very low, and so I’m disappointed at how things have gone. Fortunately, I’m in a business I actually can have some control of, right? I actually had this argument with John Kerry—he lives near me in Sun Valley, Idaho—about how, in terms of political affairs, you have very little control or ability to effect change. I feel it happens so slowly. But in the private sector, you do.

Rick: Especially in this industry.

Blair: Although John Kerry’s not a very good judge.

Blair has set a high bar for those of us in the trading industry, and hopefully you gleaned some insights that you can apply to your business (or the Blackjack table). A sincere thank you to Blair for opening up on his career, and to our readers for taking an interest.