Jump blocks are representations of block inputs and outputs that the user can place at many locations throughout the algorithm in order to avoid cluttering up the canvas with edges. There are two components of a jump block: the anchor jump block (green arrow) which represents the output of a block, and the destination jump block (red arrow) which represents the input of another block. The pair can replace a direct edge between two blocks.

The following rules govern the behavior of jump blocks:

How to create a jump block 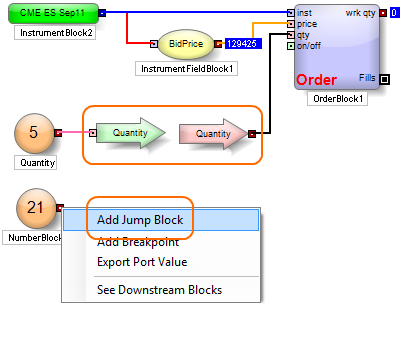