The Value Bucket’s internal Hash Table should be conceptualized as a simple table with two columns: KEY and VALUE. In the following example, suppose that the Value Bucket Block is triggered by a discrete event message every time a trade occurs in a given instrument. When triggered, the Value Bucket will extract and use the Trade Price as the KEY; and the Trade Quantity as the VALUE of each new entry. A user might create such table to maintain and use the running volume at different prices during a trading session. 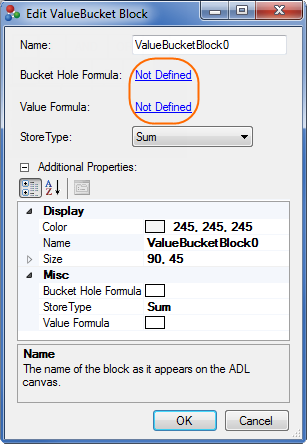