The Formula Block evaluates a user-defined equation (defined by double-clicking on the block) and outputs the result of the evaluation as a True/False, numeric, or an instrument type output

which can be used in the user-defined equation. 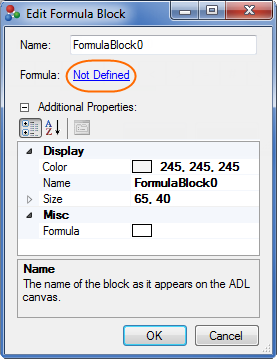