The Loop Block simply generates and outputs a user-specified number of empty discrete event messages, one after another, in order to facilitate designs which require loops.

will always update first before the actual

message is generated and output.

It is important to note that the Loop Block does not allow any “actor” block (i.e., a block that can take tangible actions such as placing an order) to take an action while it is performing the loop. For a list of actor blocks, refer to Actor Blocks. 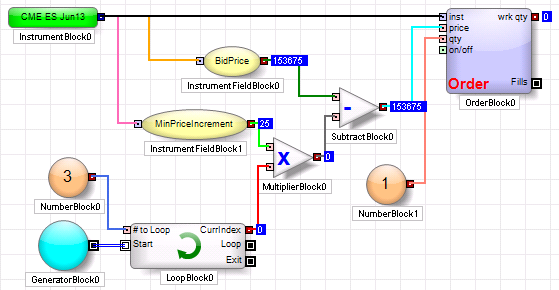 The following sequence of events occurs when this algorithm is started: