will be a constant numeric value set by the user (set by double-clicking on the block). 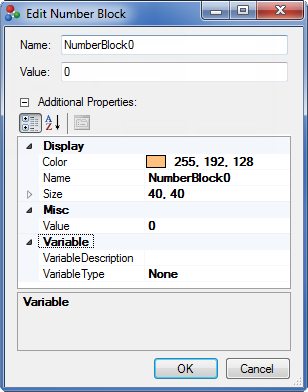