The Alert Block can be triggered in 2 ways:

Note: The user may make a connection to either the true/false input or the Discrete Trigger input, but not both.

By using the double-click edit form, the user may select Audit trail, Sound, Message Box, or Email as preferred method of alert.

Warning: For the Alert Block to operate, X_TRADER must be running on the client at all times, even if the algorithm in question is deployed and running on an AlgoSE server.

Double-click on the block to generate a block edit form which will allow you to specify the content and the method of an alert: 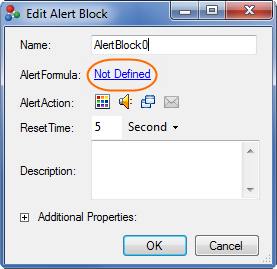 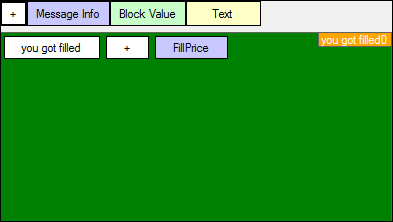