will be the name of the exchange-listed instrument selected by the user (selected by double-clicking on the block).

Example. Right-click on the Instrument Block and select one of the two available variable types: User Defined or Order Instrument 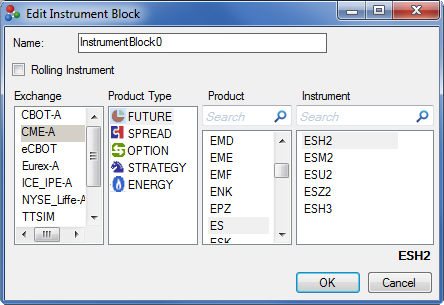