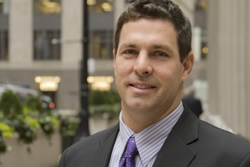 The Next Round of Competition

Sometimes it is the small innovation or service that changes an industry.


Trading Technologies (TT) announced last week the launch of a new trading function that allows TT customers to choose which brokers they will route their orders through on its X_TRADER® platform. In other words, if you want to trade 100 crude oil futures, you can route 10 contracts through one broker, 50 to another and 30 to another and 10 to another, all from one trading screen.

This could be a game changer for the futures industry.

This technology is not groundbreaking, as other technology vendors already offer it, from Bloomberg to Realtick to Thethys and Trading Screen. But none of those firms have the futures footprint of TT. And in that sense, the new multi-broker solution could usher in a new era of competition among FCMs and choice for end-users. TT’s multi-broker functionality is in the beta testing stage, and also includes 11 banks, who have agreed to adopt the service including: BofA Merrill Lynch, Credit Suisse, Deutsche Bank, HSBC, J.P. Morgan, Jefferies, Macquarie Bank Limited, Mizuho Securities USA, Morgan Stanley, RBC Capital Markets and UBS.

Why would a broker ever want to be put on a system that could ultimately route order flow away from it? Because that broker believes it is better than the competition. So far, 11 FCMs think they have what it takes to not only keep existing customers but add new accounts as well.

When thinking about the impact of this concept, one example comes to mind. The airline and travel industry, has been massively challenged and changed with the introduction and spread of online travel booking sites such as Orbitz, Priceline, Travelocity and others. Customers have always had a choice of airline, but now individuals have more transparency on pricing and ability to pick the right trip for them. And customers have responded. Orbitz, launched in June 2001, was initially supported by five major airlines and drew 2 million visitors in its first month. Last year, the company said it handled more than 18 million per month.

TT’s solution just offers potential competition and convenience to its customers in a similar way. TT plans to expand that FCM list as the beta testing leads to a full launch planned for this summer.

The question is whether TT’s service will attract more FCMs, particularly Goldman Sachs and Newedge. The other issue is whether TT might take this service to another level – offering brokers a chance to display commissions, discounts or other services that might garner new customers to their platform.

It is a fine line to walk for TT, but the fact that it has created this service and found buy-in from both customers and the solid group of FCMs already is a sign a change in the industry may be brewing.