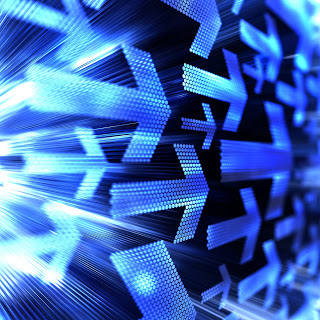 Jim Kharouf commented recently in the John Lothian Newsletter that the potential impact of TT’s MultiBroker solution was not due to anything remarkable about TT’s technology, but rather the unique position that TT occupies in the futures industry. As product manager for MultiBroker, I spend a lot of time talking to customers about its features and benefits, things like innovative trading tools and APIs, our award-winning ADL™ visual programming platform, world-class performance, FIX integration, etc. But these features are also well established in our current single-broker offering (a.k.a. the “7x platform”). I, too, find it hard to single out any new breakthrough technology that is the enabler for MultiBroker.

In bringing MultiBroker to market, we did make a number of key changes within the foundation of our 7x platform, but by and large it is still basically 7x architecture. I confess that I find the re-use of familiar software slightly unsettling at times. Since TT is a software company, we should be producing software, and the more software we write, the better the end result, right? Not necessarily. TT’s first attempts at multi-broker functionality required a lot of new code including additional special-purpose servers, complex configurations and/or significant additional investment in server hardware. The proliferation of new moving parts caused each of these previous attempts to collapse under its own weight.

In contrast, the value of our current approach to MultiBroker is that it is an overall simplification of the TT system. By subtracting duplicative infrastructure, configuration and yes, even screens, from the trading experience, life gets a lot simpler for the traders, administrators and operational staff. In this case, the new whole is greater than the sum of the (far, far fewer) parts. Addition by subtraction works.

Such changes to the foundation of a global software platform do take considerable time, and during that time, the natural inclination of engineers is to cook up even more interesting new “features” to make end users “happy.” James Surowiecki, author of The Wisdom of Crowds, called it “the spiral of complexity.”

“You might think, then, that companies could avoid feature creep by just paying attention to what customers really want. But that’s where the trouble begins, because although consumers find overloaded gadgets unmanageable, they also find them attractive.”

The story of MultiBroker during its development has been one of a constant battle against feature creep. I think the lack of obvious new whiz-bang technology speaks somewhat to our success at keeping the feature-creep beast at bay. That still doesn’t answer the basic question: “If not the technology, then what is all the fuss about?” Can a new product offering like MultiBroker be both evolutionary and revolutionary at the same time?

The breakthrough is the network

Our situation reminds me of Sun Microsystems’ slogan: “The network is the computer.” But in TT’s case, one might say: “The breakthrough is the network.” The strength of TT’s network, in terms of technology, physical distribution and especially business relationships, is what is making people sit up and take notice. TT is on the verge of taking the TT trading experience from end to end into a new environment that maximizes relationships for both buy-side and FCM participants. The combination of a broker-neutral solution, 100 percent direct-to-market order routing and a majority of the industry-leading brokers as day-one participants is a powerful one and, I believe, one that is unique to TT. Bringing a critical mass of end users into a growing and diverse pool increases choices and options for all, with benefits accruing to both sides of the fence.

One last point about technology: Just because we haven’t changed the game for now, that doesn’t mean we’re not actively cooking up the next steps. Real creativity starts with a sense of play, and that sense of play is alive and well at TT. It may be counterintuitive that the fastest route to solving hard problems often starts unintentionally with someone “just playing around.” It turns out that there are different ways to approach play that actually increase the likelihood of a creative result. John Cleese talks about the interaction between play and creativity in his lectures on the topic:

“This is the extraordinary thing about creativity: If you just keep your mind resting against the subject in a friendly but persistent way, sooner or later you will get a reward from your unconscious.”

So in spite of its familiarity, MultiBroker is breaking new ground for TT in many ways. We believe that the launch of MultiBroker puts TT on the threshold of even bigger things to come. And as for changing the game, we’re looking forward to a lot of work play ahead of us to make that happen.