Rocking for ALTSO: Live at the Tech Tap

Last week at the TT Tech Tap, we hosted a sponsor-appreciation event for a terrific non-profit group called A Leg To Stand On (ALTSO). Several talented folks who have day jobs in our industry entertained the crowd with live music, and proceeds raised went to provide relief for the Nepal earthquake victims. We even got featured on Chicago’s WGN-TV news in a story about local Nepal fundraisers. 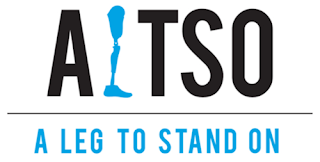 You might have heard of ALTSO and their Rocktoberfest events, which take place each October in New York and Chicago. TT is proud to be associated with ALTSO and their mission of providing free orthopedic care to kids around the world who suffer from limb disabilities. Last week’s event was aimed at recognizing ALTSO’s many corporate sponsors while also attracting support from additional firms in the industry.

I sat down with two industry veterans and long-time friends, Chuck Mackie and Ray McKenzie, to talk about their personal involvement with ALTSO, the group’s mission, their upcoming events and how others can help.

Elise: What can you tell us about ALTSO and how the group became connected to our industry?

Ray: ALTSO was founded by C. Mead Welles, who has worked for emerging market hedge funds most of his career and traveled frequently in the developing world. He was deeply affected by the children he saw on the streets of some of the cities he visited and wanted to find a way to really change their lives. Mead is a musician, and ALTSO started as a group of like-minded members from the financial industry getting together to perform for their peers to raise donations. With the proceeds raised for ALTSO, Mead was able to establish a global network of doctors and healthcare workers to truly transform children in need with free operations and prosthetic limbs for the life of the child up to age 18.

Chuck: The big fundraising event each year for ALTSO is a rock-and-roll evening called Rocktoberfest. Rocktoberfest is in its 12th year in New York and came to Chicago four years ago, and both events collectively raised over $700,000 last year.

Elise: At a personal level, how did each of you come to know ALTSO, why did you get involved and what’s your role now?

Ray: I first got started with ALTSO when I was working in New York for Morgan Stanley. It was a great cause, it brought the financial industry together, and adding the music on top of it all made it a real winner for me. I’ve played in New York for six years now and this is the fourth year that I’ve been one of the leaders for the Chicago event.

Chuck: I agree with Ray—the combination of a great cause, an industry that I love and music was a win/win/win for me. I know a number of people that were involved in New York for many years, and I jumped at the chance to get involved when Rocktoberfest came to Chicago.

Elise: What are some of ALTSO’s current areas of focus?

Ray: Nepal is a front-and-center concern right now. ALTSO has been working in Nepal since 2009 in remote villages and urban areas around Kathmandu. Our partner on the ground has spent the last nine years treating children, and right now, they need our help serving those affected by the earthquake.

Chuck: As Rocktoberfest has grown in both New York and Chicago, so too has ALTSO’s mission. ALTSO is currently working with 11 partners in nine different countries and has now assisted over 13,000 children since 2003. The newest country of operation for ALTSO is Somaliland in Africa.

Elise: Let’s talk about Rocktoberfest. What’s on tap for this year’s Chicago and New York events?

Chuck: Well, first off, Rocktoberfest will be on October 15 in New York and October 22 in Chicago this year. Here in Chicago, the event will be held at City Winery and will likely feature bands from CME Group, Eurex and others. Rock and roll, food and drinks, and good people make for a great time.

Ray: We’re also going to hold some events as a prelude to Rocktoberfest. In addition to the great event we just held at TT, here in Chicago we’re looking at hosting a night of music at Subterranean just after Labor Day as a little prelude to the big night at City Winery. In New York, we’ve been holding an event at The Bitter End, and that will take place around the same time as the Subterranean event in Chicago.

Elise: How can our readers get involved with ALTSO?

Chuck: Any support that we can get is appreciated. The biggest help comes in the form of sponsorships, and we’ve had the support of ICE, CME Group, ABN Amro and Russell as well as Cheiron Trading, Eagle Seven, Eurex and Gator Trading in the past, to name a few.

Ray: Another great way to get involved is to purchase a block of tickets and bring your colleagues or customers out for the event. It’s always a great time: food, drinks, music and great people. There’s an early-bird rate for tickets, so pick them up now! You can go to www.altso.org for details.

Elise: One of the things that makes ALTSO’s events so special is the music, so let’s end on that note. I know you’re both huge music fans, so please tell our readers who you like to listen to. Demonstrate your range by giving me at least one old-school rocker and one young up-and-coming act.

Chuck: That’s a tough question and I can’t limit myself to one band each! For the classics, I was raised on the Beatles, took both of my kids to see the Foo Fighters as their first arena rock show, and am currently in a Bruce Springsteen cover band at the Old Town School of Folk Music. As for the new stuff, I recently discovered a 19-year-old Welsh singer named Greta Isaac who sings like an angel, Chicago rockers Twin Peaks are ripping it up and have a great live show, and I can’t stop listening to Kendrick Lamar’s new disc.

Elise: Chuck and Ray, thanks for that insight. And thanks for giving TT the opportunity to host last week’s event. It was really fun working with you and your ALTSO colleagues on that, and it was great to see many of our readers show up to enthusiastically support the cause.

For our readers who aren’t yet involved with ALTSO, I encourage each of you to offer your support through a donation (only $25 buys a clubfoot brace!), a Rocktoberfest ticket purchase, or even a corporate sponsorship. And I look forward to seeing many of you in October at Rocktoberfest Chicago.

Ray McKenzie and Chuck Mackie are co-chairman of the ALTSO Rocktoberfest Chicago committee. Ray is a sales director for financial services, exchanges, investment banks and proprietary trading for Pegasys Systems in the Midwest and East Coast, and Chuck is a senior advisor for Maven Wave Partners and an independent consultant for the financial services industry.