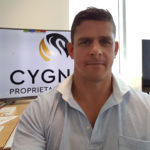 Darren Reed is currently a Director and Co-Founder of Cygnet Proprietary Trading in Perth, Australia. Prior to that, he was a trader who helped run Trader Development at Genesis Proprietary Trading in Sydney and Melbourne. Previously, he was Head of Trading at a Sydney-based hedge fund with a focus on the Asia/Pac region. Darren has a really interesting background and philosophy on trading. He is very active on social media, so follow him on Twitter at @lifttheoffer.

Darren: I played Rugby Union at a fairly competitive level when I was younger. From that, I really grew to love an environment of competition and camaraderie. I always enjoyed the characters you met playing sport at a high level and the very unique spirit and ethos of those who seemed to reach those levels. When I left university, I didn’t know what I wanted to do, but I knew I wanted to be around that type of environment again. Through a relative, I basically stumbled into an internship at a hedge fund in New York. Over six weeks, they put me through all aspects of the business—sales and marketing, operations, legal. The last step was the trading desk. I walked into that room and I knew I was home.

How has your background in rugby helped your trading? In the days of the trading pits, physical size certainly made a difference, but that doesn’t transfer to a screen. What does?

Darren: A love of competition. A spirit of camaraderie and cooperation. Knowing how to be around and enjoy being around very competitive people and a wide variety of personalities. In every tribe, you get the social types, the introverts, the larrikins, the mad scientists. Trading is the same. Knowing how to interact with all of them and work with all of them and get the best out of all of them is a valuable skill. That’s vital in a sporting team of any kind that wants success. I also think a mindset of only focusing on what you can control and not worrying about what you can’t. Being totally focused on process over results. If a rugby team is fitter, makes more tackles, wins more possession, runs better attacking lines, then the result (winning) will take care of itself. And finally not taking yourself too seriously. If you end up “having tickets on yourself” as the Aussies like to say, you will very quickly get put back in line in a rugby team. Markets are the same. Just more brutal!

Do you have a specific trading event or date on the calendar that sticks out in your mind?

Darren: Obviously, most recently it was Brexit and the U.S. elections. Both events were interesting in that you could palpably “feel” when the market realized the majority had it wrong. For the former, there was one town—I forget which it was—that when the squawk said had been won by the “leave” camp, you could feel the tone of everything shift. Previous to that, all “leave” wins had been brushed off with: “That’s barely a village,” “That’s a small country town with one pub and a post office.” Once that first serious “leave” win happened (I can actually remember the guy on the squawk saying out loud, “That’s a big win for ‘leave.’””), the cadence and composition and direction of the market changed dramatically. With Trump, it was his win in Florida. Same reaction. That was the fulcrum.

Darren: Be patient. Be bold. Learn the history of our industry and lean on those who have walked the path before you. Treat everyone with respect, the market most of all. Adopt an “if the team wins I win” attitude. Spend your first few years in the sandbox finding out where you fit in this world. Are you a computer nerd (and I use that term with nothing but respect) who belongs at a quantitatively focused algo firm grinding out code? Or are you amazing at relationships and should be focusing on a sales and marketing job at a hedge fund or biz dev at a prop firm? Once you know that, set lofty goals, then go as hard as you can at them. And refer back to the first sentence in this answer. BE PATIENT.

Are there any interesting trades out there now you want to talk about?

Darren: I think this is deviating slightly away from the true intent of the question. But I think the best trade out there at the moment is being size long discretionary trading. I think the “algos are gonna kill us all” rhetoric is fallacy. Yes, you can’t do what you have always done and expect to survive. And there are certain trades and methods that humans can no longer compete in. Markets change. Point-and-click traders need to adapt by changing periodicity or time zones or products, or by adapting a hybrid (human trader augmented with technology) approach. Some of the work I have seen done lately in TT’s ADL® is a perfect example. I think we will see a renaissance in discretionary trading for those who can adopt an open, flexible mindset.