The country of Brazil derives its name from the Portuguese word for the trees that once grew up and down its coast. In the 16th century, the timber from these trees was the first main export to Europe from what was then known as Terra da Santa Cruz (“The Land of the Holy Cross”). The wood from these trees produced a deep red dye, resulting in a name derived from the Latin word “brasa”, meaning “ember”. Over time, European merchants began to use the colloquial term for the county and its most valuable commodity: “Brasil” or “red like an ember”.

Red like an ember is a good way to describe Brazil’s economy these days. As one of the world’s fastest growing economies in 2010, the Brazilian economy was white-hot. In 2011 and 2012 though, the economy slowed to a low simmer as growth slowed substantially. In 2012, the stimulative policy changes put in place by the Brazilian government and central bank resulted in a record volume year at BM&FBOVESPA, as well as a number of compelling trading and investment opportunities.

November 25, 2012 marked the one-year anniversary of TT providing native market access to BM&FBOVESPA, which coincided with the exchange’s migration of the last of their futures products to the new PUMA matching engine. While the last year has been a challenging one for the Brazilian economy in general, the country is still expected to set the pace for growth in Latin America going forward. At the same time, the exchange continues to focus on product innovation and expanding their offering for both local and foreign investors.

In a year that saw volumes declining at most major futures exchanges around the world, BM&FBOVESPA’s volumes are actually up. Through the first nine months of the year, the exchange’s futures volumes were up 5% over the same period a year earlier. The increase in volume can be traced back to two things: uncertainty in the Brazilian interest rate markets, and BM&FBOVESPA’s technology and product launch initiatives.

On the technology front, the PUMA matching engine, developed jointly with the CME Group, was built with high-frequency traders in mind. It shaved the time the matching engine takes to process a trade from 10 milliseconds to less than one. In 2013, BM&FBOVESPA will move their equities onto this platform as well.

Product-wise, this past summer, the exchange listed eight new FX contracts, including mini-dollar and mini-euro products. In June, the exchange also began cross-listing contracts with the CME Group, launching a mini-soybean product that settles to the price of the same product on the CBOT. And in October, BM&FBOVESPA similarly launched a product based on the CME’s S&P 500 future. As these markets develop in Brazil, they may offer interesting spreading opportunities against similar products in Chicago.

While it is still a somewhat cumbersome process for foreign investors to trade on BM&FBOVESPA, even here, both the exchange and the Brazilian government are slowly greasing the wheels. Trading by foreign participants is expected to comprise 25% of total volume this year, versus 16% in 2011.

Connectivity into São Paulo has long been costly, but slowly prices are starting to come down as more and more “north-to-south” customers enter the market. Increasingly, extranet and hosting providers, such as TTNET, are setting up shop in Brazil, making it easier and more cost-effective for the global community to access Brazil.

The Brazilian government is doing its part as well to entice foreign capital. Long fearful of inflation, Brasília put in place capital controls, such as the 6% IOF tax on inflows of foreign capital for the trading purposes, to tamp down appreciation of the Brazilian real (R$) against the U.S. dollar. As fears of a strengthening real turn into fears of a weakening currency, the government is slowly eliminating some of these controls. Last December, the IOF tax on equities trading by foreign participants was dropped, and in early December, the number of foreign loans to Brazilian firms subject to the IOF tax was reduced. While the 6% tax on foreign capital inflows related to some derivatives trading remains in place, the government will likely look to remove that, too, as long as the real continues to look weak.

Somewhat turbulent economic times in Brazil have also played a part in the uptick in the exchange’s volume in 2012. In years past, with the Brazilian benchmark Selic interest rates hovering between 10% and 20%, the carry trade has been a popular one on BM&FBOVESPA.

That has changed somewhat in the last year, though. The Brazilian economy, which grew at a 7.5% clip in 2010, will slow to about 1.5% this year. Not bad when you compare it to Japan, the U.S. and Europe, but meager by BRIC standards. In an effort to get the economy back on track, the Banco Central do Brasil has cut interest rates from 12.5% in mid-2011 to just 7.25% as of October. It was the resulting uncertainty and volatility in the interest-rate markets that led the exchange to a record volume month in May of 2012.

Low interest rates coupled with low inflation (for now) offer a number of interesting trading opportunities going forward. For local Brazilians, they can no longer ensure themselves a healthy rate of return just by sticking their cash in a savings account. For the first time in a long time, Brazilians are looking to invest in their country’s stock market. As the CEO of BM&FBOVESPA, Edemir Pinto, told the Financial Times, “For any stock exchange, high interest rates are the biggest competitor you can have so this is a big moment of great transformation for the Brazilian market.” Traders who want to gain exposure to Brazilian equities can do so via the Ibovespa index futures on BM&FBOVESPA, which track the total return of the most liquid stocks on the Brazilian stock market.

Further Selic movements by the central bank also offer opportunities for traders looking to trade the DI interest rate swap curve. With an election looming in October of 2014, President Dilma Rousseff’s government will look to get GDP growth back on track. Earlier this year, she announced a stimulus plan consisting of 955 billion reais worth of infrastructure projects. These projects, coupled with other construction related to the 2014 World Cup and the 2016 Olympics, will lead to the issuance of debt that will likely have to be hedged in the futures market.

Still, that stimulus package might not be enough. Economists had projected GDP growth north of 4% in 2013, but lately they have been revising those forecasts downwards. So, the near term question is whether the Rousseff government will continue to cut rates in an attempt to jumpstart the economy, or whether the central bank will turn its attention to preventing inflation and a further weakening of the real and will, as a result, raise rates back into the double digits.

It’s going to be an interesting new year in Brazil, with the BM&FBOVESPA futures markets offering plenty of opportunities for new and unique trading strategies for foreign investors. The embers of an emerging powerhouse economy are still there smoldering, and it’s just a question of whether the Brazilian government can find the right policies to stoke the flames. 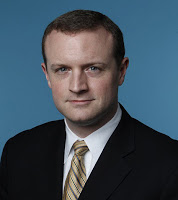 12/12/12 WEBINAR ALERT: Join TT and Eris Exchange for a Demonstration of Eris IRS Futures on X_TRADER®

By: Elise Fleischaker, EVP Marketing
Tweet
UPDATE: If you missed our live webinar with Eris Exchange, you can view the recording here.As announced in September and discussed here on Trade Talk, TT will launch connectivity to Eris Exchange in early 2013.

To help our mutual customers learn more about these new trading opportunities and prepare for the rollout, TT and Eris Exchange will co-host a 30-minute webcast on December 12th at 3:30 p.m. CST/4:30 p.m. EST. 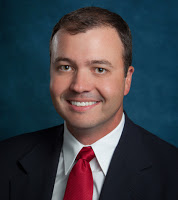 Swaps: They’re in Our Future

More than two years after the Dodd–Frank Act was passed, it’s surprising how much still remains unsettled with regard to what new regulations may be implemented and how the industry will be transformed. One of the few changes that seems certain is that over-the-counter (OTC) swaps will move to a centrally cleared model.

What remains to be seen is which model for trading and clearing interest rate swaps will ultimately win out. Will these swaps remain custom OTC contracts traded via a swap execution facility (SEF)? Or will the industry move toward an exchange model where swap-like futures are traded on a designated contract market?

It seems more and more as if the futures model will ultimately win out. Exchange-traded interest rate swap futures have margin efficiencies that the OTC model can’t match. A number of strategies that make use of OTC swaps today may no longer be profitable once these swap positions are subject to margin requirements, an issue which the substitution of swap futures for OTC contracts substantially alleviates.

The trend toward either the “swaps as futures” or “futures on swaps” model is noted by research firms such as TABB Group, but is also reinforced by moves the exchanges are making. For example, the Chicago Mercantile Exchange (CME) recently announced plans to list deliverable interest rate swap futures, and IntercontinentalExchange (ICE) is transitioning its OTC energy contracts to futures.

For these reasons, I was very excited last month when we announced our plans to provide connectivity to Eris Exchange. Eris has created products that capture the best of both worlds. Eris contracts are futures, which means they bring with them margin requirements substantially lower than comparable OTC contracts—up to 95 percent lower for accounts with highly correlated positions. At the same time, Eris products are designed to replicate the cash flows of OTC swaps while also allowing for custom coupons, effective dates and maturity dates to be specified, giving firms the ability to tailor the contracts precisely to their needs.

In addition to being an effective vehicle for corporations to hedge their business risks, a number of strategies based on Eris futures can be executed using TT’s suite of server-side execution tools, such as the Autospreader® Strategy Engine (Autospreader SE) or the new ADL™ visual programming platform with Algo Strategy Engine (Algo SE). These include:

For more information, visit the Eris Exchange page on our website and read the recent news release announcing our plans to connect to Eris.

And if you’ll be attending FIA Expo later this month in Chicago, stop by our booth (#820) on Wednesday, October 31 at 3:30 p.m. to learn more about Eris futures and how you can trade Eris with TT. Free passes to the exhibit hall, compliments of TT, are available here.

Hope to see you at the show!