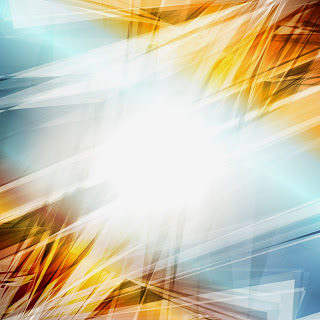 In a Real FIX

The wonders of modern technology are miraculous. Who wasn’t amazed by the news of Voyager I’s departure from the solar system into interstellar space? This feat seems incredible with current technology, let alone with propulsion, guidance and communication systems designed and built almost 40 years ago. With the scientific and engineering capabilities of the modern world, what technology problem can no longer be solved through the concerted efforts of smart engineers?

Let me offer one: financial systems interoperability. “Blasphemy,” you say, “have you not heard of FIX protocol, that cure for the financial industry’s tower of babel?” Sure, I know about FIX (Financial Information eXchange), which includes version 5.0, introduced around seven years ago, as well as the versions firms actually use, namely FIX 4.2 and FIX 4.4, which are 13 and 10 years old respectively.

So what’s the problem with FIX? Before discussing it, I want to clearly state that FIX goes a long way toward enabling integration of financial systems. But it doesn’t go all the way. In a world where fancy toys and even some kitchen gadgets offer plug-and-play interoperability with the Internet, it seems ironic to me that systems used by multi-billion dollar banks and asset managers can take weeks or months to integrate using FIX. FIX gets you into the ballpark, but you have to expend a huge amount of time and effort to locate your seat.

Ambiguity is a major issue, resulting in applications such as back-office and order management systems using different ways of expressing the same thing. You might know that FIX messages are built around sets of tags, where each tag is used to define a required or optional message attribute. The problem is that a fair amount of latitude is granted in the interpretation and use of many critical FIX tags. So the process of integrating two “standard” FIX-enabled systems often involves clunky gymnastics, such as tag remapping, suppression and injection. And no FIX integration effort is complete without the conformance test process, which often involves a fair amount of trial and error to get things right. This requires a lot of time and money, and can result in brittle integrations that often don’t accommodate new financial instruments without additional work.

In my view, the nastiest fly in the FIX ointment is symbology, which refers to the tags used for designating tradable instruments, such as securities and derivatives contracts. An exchange’s symbol for an instrument may differ from the symbol a FIX application uses for the same instrument because FIX does not define specific rules for instrument identification. As a result, the symbology game is influenced by vested interests. Some consider proprietary vendor symbols as being preferable to the symbology defined by the exchange. Yet, vendors’ symbology sets are often incompatible with each other as well as with symbology used by the market venues.

Recognizing these shortcomings in FIX, TT has over the last year been developing a modern solution for our customers. Our new Flexible FIX capability, slated for production release in early 2014, will enable non-programmers to quickly and efficiently integrate FIX systems with the TT platform without the need for expensive, third-party FIX bridges or the development of custom software. In an upcoming blog, I will provide more detail around this capability.

So we can send a spacecraft out of the solar system with 40-year-old technology, but still wrestle with basic FIX ambiguities and symbology agreement. In response to these issues, TT has risen to the challenge with an innovative and streamlined new solution. Yet we eagerly look forward to the point in time, perhaps another 40 years from now, when it will no longer be needed.