What’s in the Basket?

The March-June 2015 CBOT Treasury bond futures roll is generating a lot of buzz. Most people are used to trading the Treasury calendar spreads 1:1, and the current roll is trading 3:2. How is this possible? The 1:1 was so easy to calculate in your head, and now they say you have to trade it 3:2?

Between early 2001 and early 2006, the U.S. Treasury did not issue any Treasury bonds. Nine years later, that gap comes into play because now there is a single issuance, stranded at the front-end of the delivery basket, that would have been eligible for delivery. In December 2013, CME Group announced that it would exclude the 5-⅜ percent of February 2031 U.S. Treasury bond from the contract grade for the delivery months June 2015, September 2015 and December 2015.

So what does that have to do with the 1:1 calendar spread? The removal of the single issuance makes June’s delivery basket, on average, five years longer in maturity than March’s. More importantly, the dollar value of a basis point (DV01) for the June contract is roughly 50 percent larger than that of March’s. In other words, for every two-tick move in the March contract, the June contract will move approximately three ticks. In order to compensate for that difference in value, one should only buy two June contracts for every three March contracts that he/she sells.

Price can be very misleading

In addition to the yield of a bond, the coupon rate and time to maturity are the biggest factors that determine price and hedge ratios. While yield relationships are relatively stable, the coupon and maturity can vary greatly from instrument to instrument. Even if the proper ratio for a bond spread was 1:1 (and that’s a big if because the ratio is not static and rarely even), the price difference is just a number. A decent sized move in both contracts could easily result in the same yield spread we started with, but a wildly different price spread. When dealing with weighted spreads like the 3:2 March-June bond spread, keeping track of the weighted price differential while trying to stay properly hedged can be an arduous task. (Note the current ratio of the March-June spread is actually 305:200 at present, making this even more difficult.)

In just the last six weeks, the “properly” weighted March-June bond spread has had a price differential with a range of 3-½ bond points or 112 ticks. 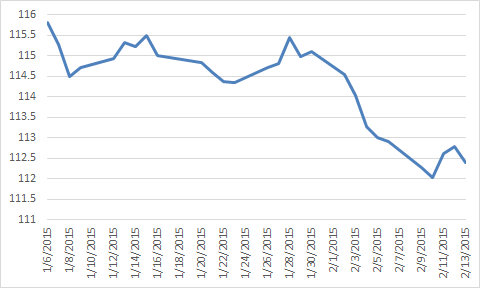 Yield is the great equalizer 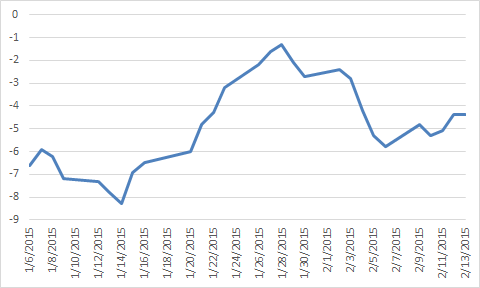 So how can I trade futures in terms of yield?

For most people, trading fixed income futures and spreads in terms of yield is relatively new. Exchanges express these instruments in terms of price, and tools that properly convert price to yield for the purposes of trade execution have been sorely missing.

Trading Technologies recently addressed this need by introducing proper yield calculations in X_TRADER®. The new Yield by TT functionality allows Autospreader® users to easily value and manage complex fixed income spread trades in a single application. The trader can quote the yield spread using Autospreader, which automatically quotes and hedges each leg at the correct price to achieve the desired yield spread. MD Trader displays each leg of the calendar spread both in terms of price and yield, which makes it easier for traders to equate yield to the prices traded at exchanges. Let TT do the complex math so you can concentrate on trading.

The March-June bond yield spread displayed in Autospreader along with each leg displayed in both price and yield.

Yield is not just for the current calendar roll!

This current anomaly in U.S. Treasury futures illustrates how something that appeared to be wildly complex can actually be rather simple. Instead of looking at fixed income spreads in a complicated way, let TT do the number crunching while you concentrate on trading. Consider trading all fixed income products in their most basic terms—yield—whether you trade outright contracts, calendar spreads, TED spreads, U.S., or non-U.S. futures or securities.