Amidst the rapidly unfolding story happening in and around Trading Technologies, Autospreader, a tool invented by TT over a decade ago for executing the industry’s defining trading algorithm, has been quietly going through a major overhaul.

Regardless of the products being traded or the strategy being deployed, execution speed is critical to successfully trading synthetic spreads. With this in mind, we took all of our accumulated knowledge and expertise and rebuilt Autospreader from scratch, leveraging best-in-class colocation facilities; a streamlined, consolidated, modular code base; cutting-edge networking technologies and real-time performance monitoring. The result is a synthetic spreading engine that is twice as fast as anything we’ve ever released—with the flexibility to execute in ways never possible before.

When we say things like “modular code base” and “flexible architecture,” we’re not just throwing out buzzwords. We’ve built Autospreader to allow the user to override the default spreading logic at critical decision points. In the past, service providers like Trading Technologies would deliver tools with a list of features. Users could mix, match and tweak how they use those features, but they were always confined to the capabilities built into the product.

The introduction of Autospreader Rules in the new TT platform gives users the ability to build their own custom Autospreader features. The days of take it or leave it software development are gone. More than ever, we at Trading Technologies want to empower our users to engage with us in a partnership to help us deliver the tools they need to run their businesses. We recognize that we can’t always give every trader exactly what they want all the time. By making Autospreader customizable, we’re not trying to create more work for our customers—in fact Autospreader will come with a longer list of features than ever before. Rather, we’re trying to give users the ability to easily take control if they want to do so.
END_OF_DOCUMENT_TOKEN_TO_BE_REPLACED

Order-Cross Prevention on TT: Come and Get It 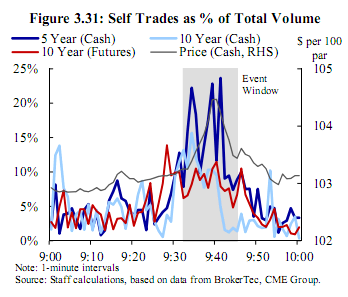 Not long ago, we published the blog post All Washed Up: Putting an End to Self Trading. We’ve since officially released our order-cross prevention functionality on TT, which provides users with the option to transfer a position when two opposing orders within the same group match on price.

We’re excited to make this feature available to our users, and we’re already working on enhancements. For example, within a few weeks, we’ll provide the ability to match exchange spreads and synthetically generate the spread and leg fills for each account.

As mentioned in my last blog, stay tuned to learn more about this feature as we continue to iterate and roll out new enhancements. In the meantime, feel free to reach out to us to learn more or to schedule a product demo. Or try TT yourself at trade.tt—it only takes a few seconds to create a free demo account.

It’s been just over one week since Global Markets Exchange (GMEX) debuted. Connectivity was available at launch through X_TRADER®, and in fact the first trade on GMEX was executed between two X_TRADER users. We’re planning to offer access through the next-generation TT platform later this year.

GMEX has launched Euro-denominated IRS constant maturity futures (CMF) in response to demand from end users. These demands arose from changes in the European derivatives markets that were introduced under the European Markets and Infrastructure Regulation (EMIR) and the European Commission’s review of the MiFID II. These futures, positioned as alternatives to OTC interest rate swaps, allow end users to benefit from the capital and margin efficiencies of futures, which are more favorable than the higher margin requirements for cleared swaps.
END_OF_DOCUMENT_TOKEN_TO_BE_REPLACED

Yesterday, The Wall Street Journal published an article titled “Algorithmic Trading: The Play-at-Home Version” highlighting the growth of a new crop of DIY tools that allow retail traders to easily automate their trading strategies. The users quoted in the article expressed excitement about having the ability to quickly build and deploy their own strategies, but they lamented that unforeseen issues in their algorithms led to sizable losses.

Since 1994, TT has been building tools to allow professional derivatives traders to automate their strategies. It’s encouraging to see the DIY algo programming trend start to migrate to retail traders, but the potential for loss with some of these systems is a detriment. To that end, allow me to point out a few differences between our approach and the others.

Our ADL visual programming platform represented a major breakthrough in algorithmic trading when it was first brought to market in 2009. Using drag-and-drop actions to assemble building blocks, traders and programmers alike can rapidly design, test and deploy automated trading strategies without writing a single line of code. With ADL, users can generate executable strategies in hours to seize and act on fleeting market opportunities in timeframes that were difficult or even impossible to achieve previously.

END_OF_DOCUMENT_TOKEN_TO_BE_REPLACED

All Washed Up: Putting an End to Self Trading

Last week the CFTC issued a report detailing the flash crash experienced in the U.S. Treasury cash and futures markets on October 15. The report highlighted the lack of a “smoking gun” culprit as the cause of the sudden and dramatic price swing witnessed in these markets. Instead, it pointed the finger at a culmination of many factors, including downward pressure on yields leading up to the event combined with an economic data release which contradicted the market’s expectations of a rate increase. It also highlighted another phenomenon prevalent in today’s highly automated markets: self trading.

According to the CFTC report, nearly 15% of all transactions were “wash trades” during the period in question, meaning the same person—or two people trading the same account—represented both the buyer and seller on a trade. While this is an incredibly high percentage, what is more troubling is the fact that the average daily percentage of self trading on the cash Treasury markets is nearly 6% of all volume according to the agency’s report. Even though wash trading is typically forbidden in futures markets, it is nevertheless a common occurrence as trading systems and strategies grow in complexity and capabilities.

Many exchanges have built self-match prevention measures into their matching engines, but they are an “opt-in” feature and are largely considered a blunt instrument trying to solve a more nuanced problem. Self-match prevention is also increasingly under the regulatory microscope due to its role in facilitating spoofing: the assumption goes that if a spoofer is really looking to sell, he or she can put a large bid into the market to encourage other buyers to join and then sell through the level he or she was bidding. This has the effect of creating the necessary size into which the trader can sell while relying on the exchange to safely cancel the resting bid when self-match prevention is enabled.